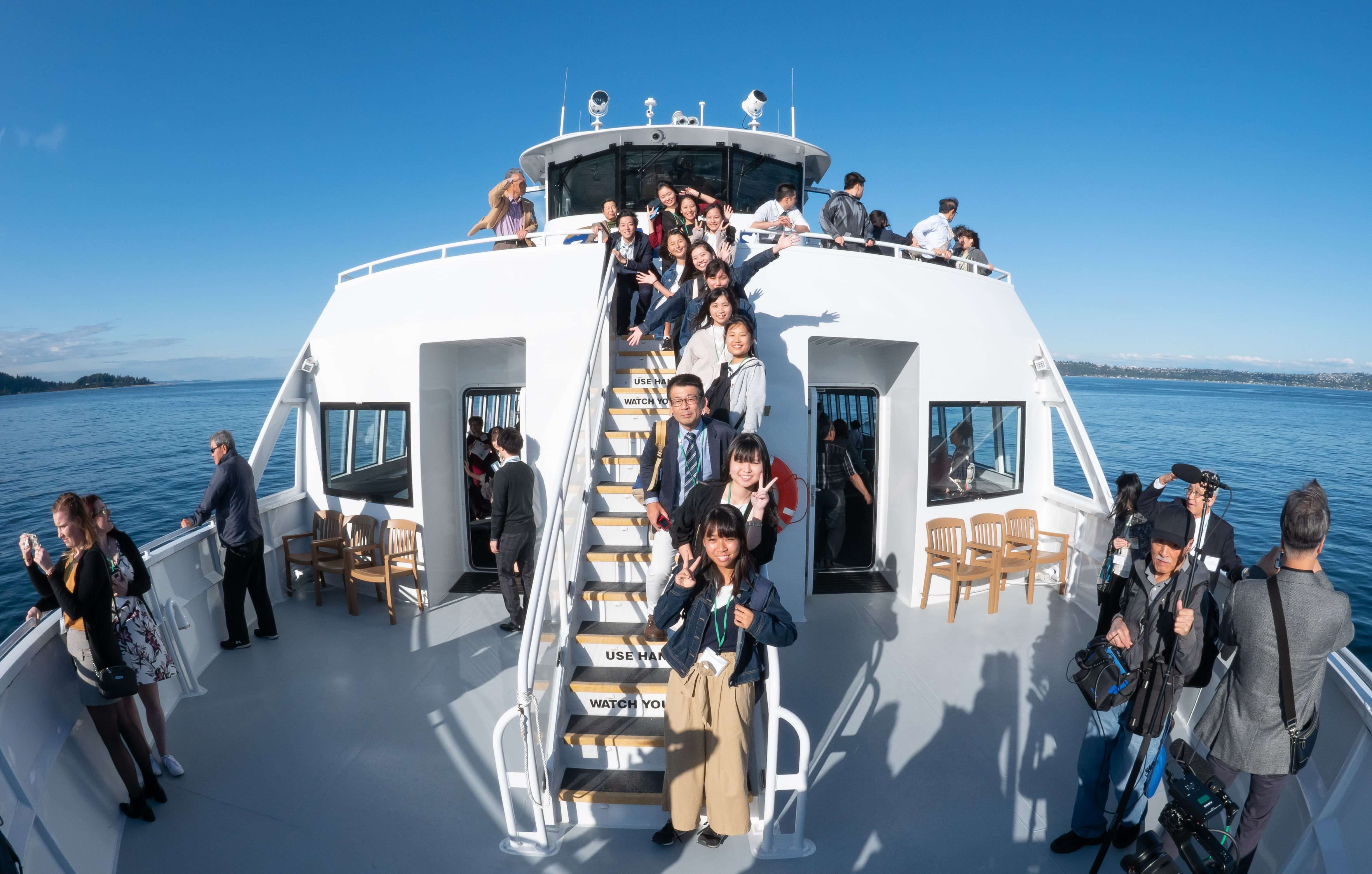 Unebi High School students from Nara, Japan joined the 28th Japan America Grassroots Summit in September through the United States-Japan Council TOMODACHI grant. Unebi High School was the host school for students from Macon High School in Georgia during the 27th Grassroots Summit in Nara, Japan. This time, the Unebi students came to Washington State with the purpose of learning about the Japanese-American history here. They participated in a Japanese-American History Tour through the International District and ate dinner at Uwajimaya, a local Japanese-American owned Asian food market. The students also went up to Mount Vernon High School to experience a three-day, four-night homestay with American high school students and their families.

Three students recently sent in testimonials on their Grassroots Summit experience. Read the full testimonials below:

Before arriving in America, I had mixed feelings about going because I am a student studying for a university entrance examination and I had to be absent from school for a week during this grassroots summit. However, I have no regrets and I even think I made a good decision. This is because I was able to find my answers to the question, “Why I should study.”

Many people including local people joined this summit as volunteers and helped us. One of them, who is a local university student and showed us around Seattle, inspired me. He is learning Japanese, so he cannot speak Japanese very well. However, he spoke Japanese as well as he could. I was happy to hear him speaking Japanese. While he was guiding me, I asked him, “Why did you join this summit?” He answered, “I love Japan.” Other than him, there were also many people who joined this summit as volunteers for the same reason. Knowing that changed my way of thinking.

I used to learn a language (English) passively without thinking about why I had to study. I had never imagined foreign people studying Japanese. However, through the summit, I learned that there are many people around the world who like Japan and study Japanese to connect with Japanese people. While some Japanese study English, some Americans study Japanese. As a result, we can talk with each other by using them. This led me to be convinced that I could connect with foreign people. I think connecting with foreign people is not only knowing them but also knowing their country and cultures.

There are many conflicts around the world, and I do not know the solution. However, I was able to find strong connection between Americans in Washington and us Japanese. This experience means a lot to me. There are many people of different races, sexes and so on. I want to connect with them, get a broad view of things and learn many things. To do that, I decided to study English harder and learn different cultures just like people who study Japanese.

The best thing about taking part in the grassroots summit was to experience a homestay for the first time. At first, I was worried whether I could communicate in English. However, such worries disappeared when I met my host family.

They talked to me slowly using simple English and repeated until I understood. Also they listened to my poor English kindly. Thanks to them, I experienced many things that I could never have done in Japan. On the school bus, everyone sang a song to thank the driver when it arrived at the destinations. When we walked around downtown, we greeted and waved to whoever we met, even if they were driving a car.

I was moved by their warm hearts. I found the most important thing is not English skills. The few days that I spent with my host family became memories of a lifetime.

I hope that we will continue to develop the friendship between Americans and us Japanese, and make it eternal. I also hope that this summit will be a chance to do that.

I went to Seattle and stayed there for a week. Everything I experienced was wonderful . The homestay was the most exciting. I am not good at speaking English, but the family helped me many times. So I had a good time in America.

I learned an important thing. It is that we should do anything we want to do, because we never know unless we try. Now I want to try everything I can. The grassroots summit taught me a lot of important things 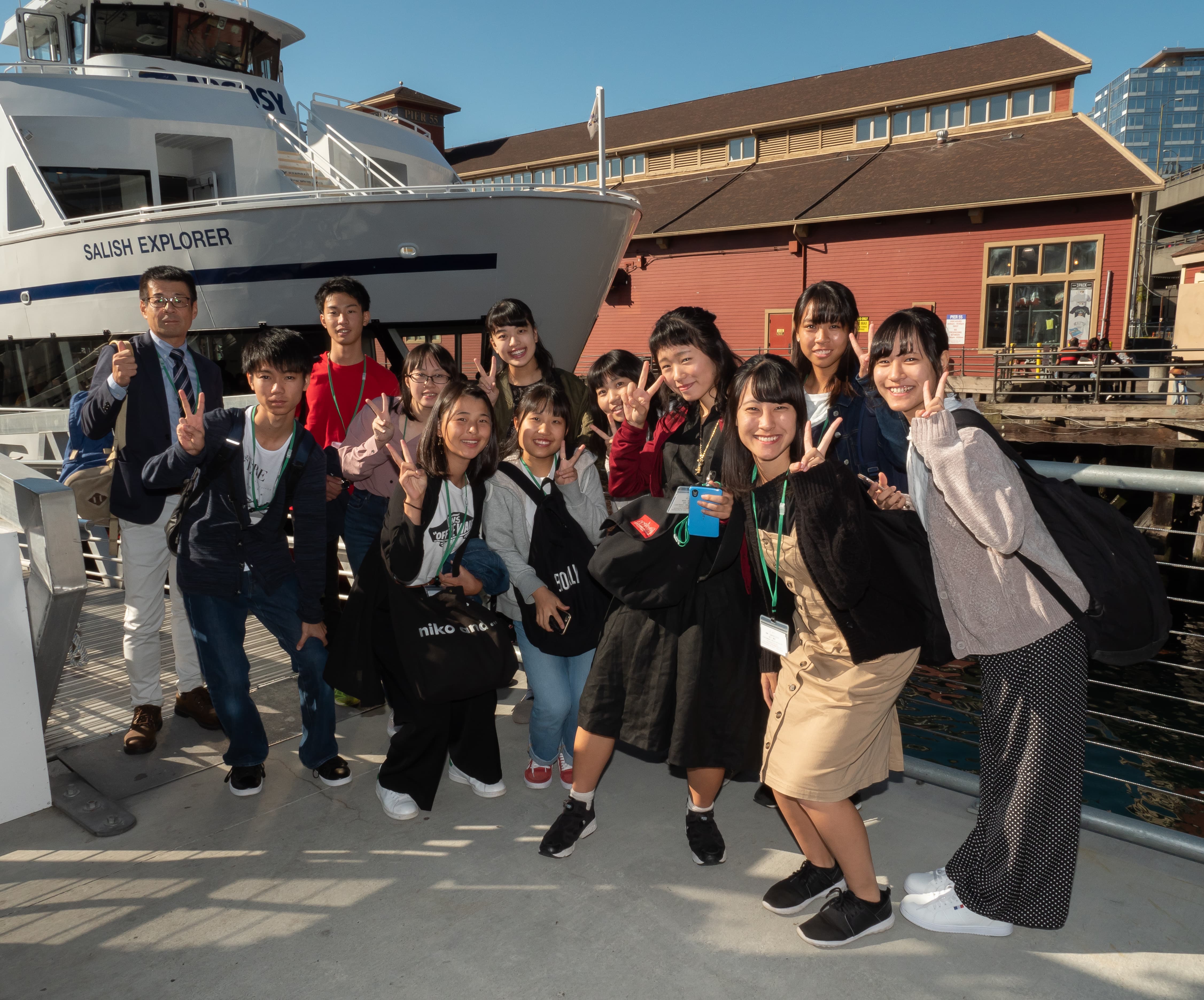